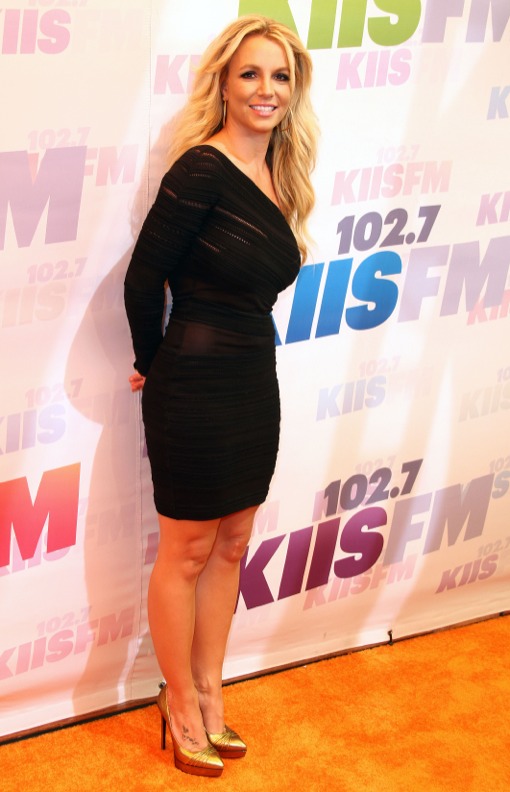 During an interview with Extra‘s Mario Lopez, the singer admitted she would like to expand her family when the host joked he was jealous she had boys. (He has a 2-year-old daughter, Gia, and another baby on the way with wife Courtney Lopez)

“Awww, I want a girl!” she responded.

“Oh, you do want a girl! So later on, maybe a little girl?” Lopez teased. To which Spears replied, “Yes!”

In the meantime, her two sons Sean Preston and Jayden John are showing sings they might follow in her footsteps.

“They do like attention, so I think they would probably be good in the limelight,” she said. “We’re taking baby steps right now as far as agencies and stuff go, but they’re little comedians, so we’ll see.”

Spears admitted she is in negotiations to headline her own Las Vegas show.

She’s also working on a new album produced by will.i.am.