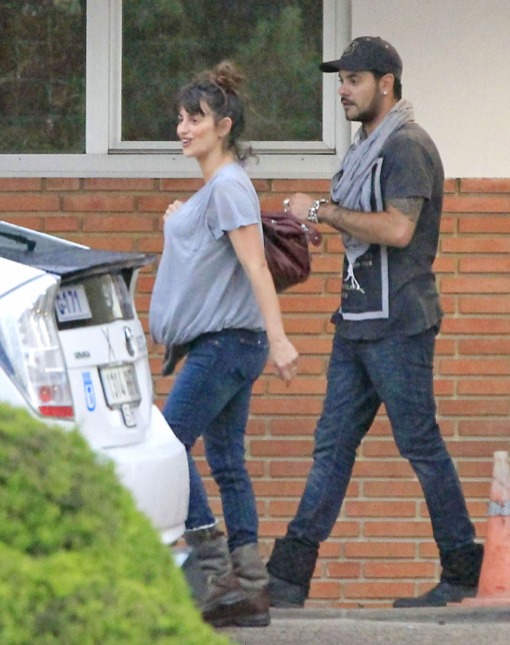 Penelope Cruz, her husband Javier Bardem and her brother Eduardo visited her sister Monica at the hospital after she gave birth to a baby girl in Madrid, Spain on Tuesday (May 14).

The actress who is notoriously private sported a huge bump while wearing a casual grey shirt, jeans and boots as she left the hospital. Her brother followed behind.

”Nature is very wise and gives you nine months to prepare, but in that moment – when you see that face, you are transformed forever,” Cruz has said of parenthood in the past.

In January, Monica announced she was pregnant and planned on being a single mother with the help of a sperm donor.

“I am going to be a mother! I have managed to fulfill the dream of a lifetime. To become pregnant, I turned to artificial insemination…I want to tell, also, so I can have the opportunity to show my thanks to all those anonymous men that give many women like me, the dream of their lives.”

Alessandra Ambrosio Has a Busy Day