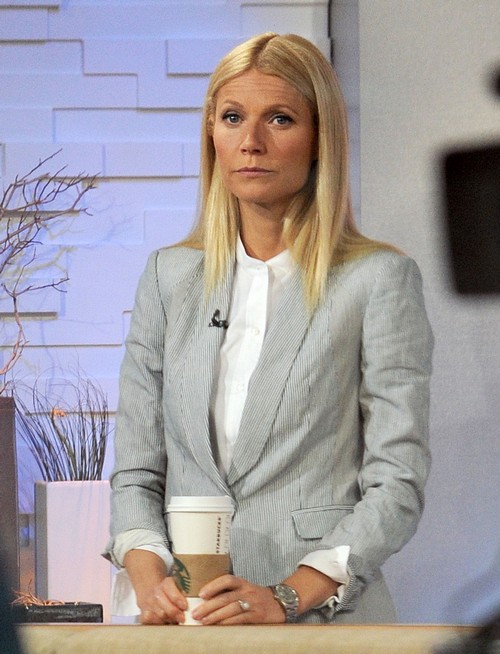 Gwyneth Paltrow has denied her children are starving due to her strict gluten, dairy and sugar free diets. Her very controversial book, It’s All Good, was published last month and the amount of quotes that were taken from it to ridicule the actress’ parenting was unbearable to read.

Gwyneth made it perfectly clear that she doesn’t eat anything that has dairy, gluten or sugar inside it as it helps her lose the extra weight she may have put on after Christmas dinner. She explains that her extreme dieting could go on for months, which is when she went on to talk about her children’s health.

Paltrow revealed that her kids usually don’t eat anything that is high in carbohydrates or anything dairy, which was pretty shocking since youngsters need as much dairy as possible to grow and keep themselves functioning properly, right? Seeing by how people have reacted to her comments, the Iron Man co-star wanted to clear a few things up when she spoke with Dr. Oz who stressed that banning your children from so many things could end up being bad for them.The actress stressed that her son suffers from an extreme condition of eczema, which just happens to be one of the things she failed to mention in her book when she was making it seem like she was starving her kids to death. She said: “My son has very bad eczema and he’s allergic to gluten and he’s allergic to cow dairy. I try, at home, to make everything gluten-free for him because the difference in his comfort is unbelievable when he’s sticking to what he’s meant to be eating…”

Oh, well there you go! She’s changing the food her child eats because he suffers from a skin condition — had she said that in the first place, no one would have even slammed her for making those shocking comments last month, but she probably did it so that her book would get a good amount of publicity. Don’t they all? Ha.

She then continued: “I don’t know where they get some of this stuff! They say I don’t give my kids carbs, and I’m feeding them seaweed… I have no idea. But they eat Oreos (cookies), too, and they’re normal kids.”  Okay, Gwyneth – stop bragging now, we understood your point clearly the first time. Besides, you brought all of this controversy on to yourself.

Throwback Thursday: Looking Back At The Past Year