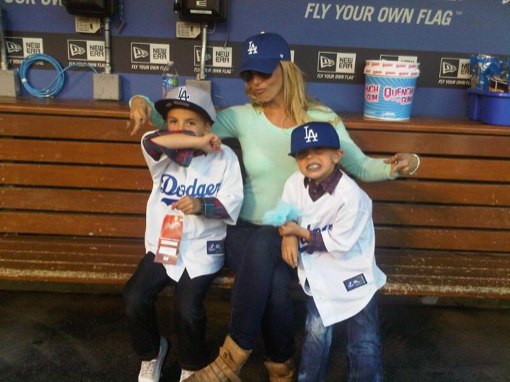 Britney Spears and her sons Sean Preston and Jayden James are baseball fans!

The pop singer shared a cute picture of her and the boys posing together while sitting in the dugout of the Los Angeles Dodgers.

Spears has recorded a new song, “Oh La La,” that will play over the closing credits of The Smurfs 2, the upcoming sequel to last year’s Smurfs movie.

“I have always loved the Smurfs as a kid and now my boys are the biggest Smurfs fans ever,” the pop star said in a statement. “I wanted to surprise them with a song in the movie.”

The Smurfs 2 will be open in theaters on July 31st.

Introducing Tummy Time To Your Baby