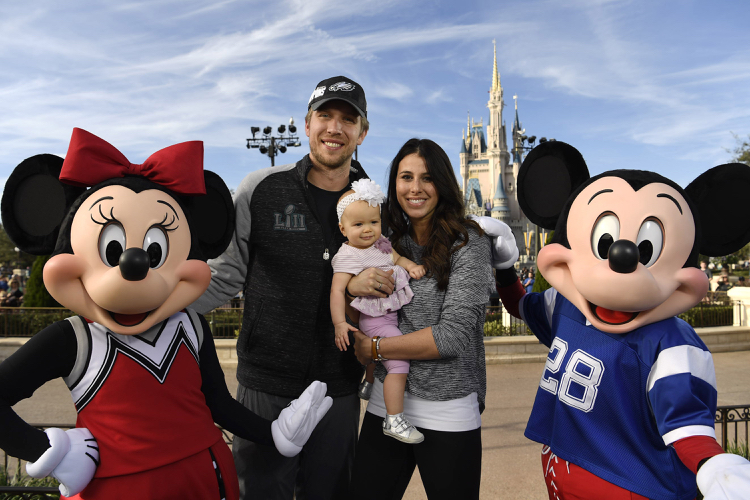 What do you do after winning the Superbowl LII? Visit Walt Disney World!

Fresh off his win with the Philadelphia Eagles, Nick Foles, his wife Tori Moore and their daughter Lily James visited Walt Disney World in Lake Buena Vista, FL on Monday.

In the shot, the quarterback smiles happily as he embraces Cheerleader Minnie and his wife. Football Mickey rests his hand on Moore who holds the 7-month-old. 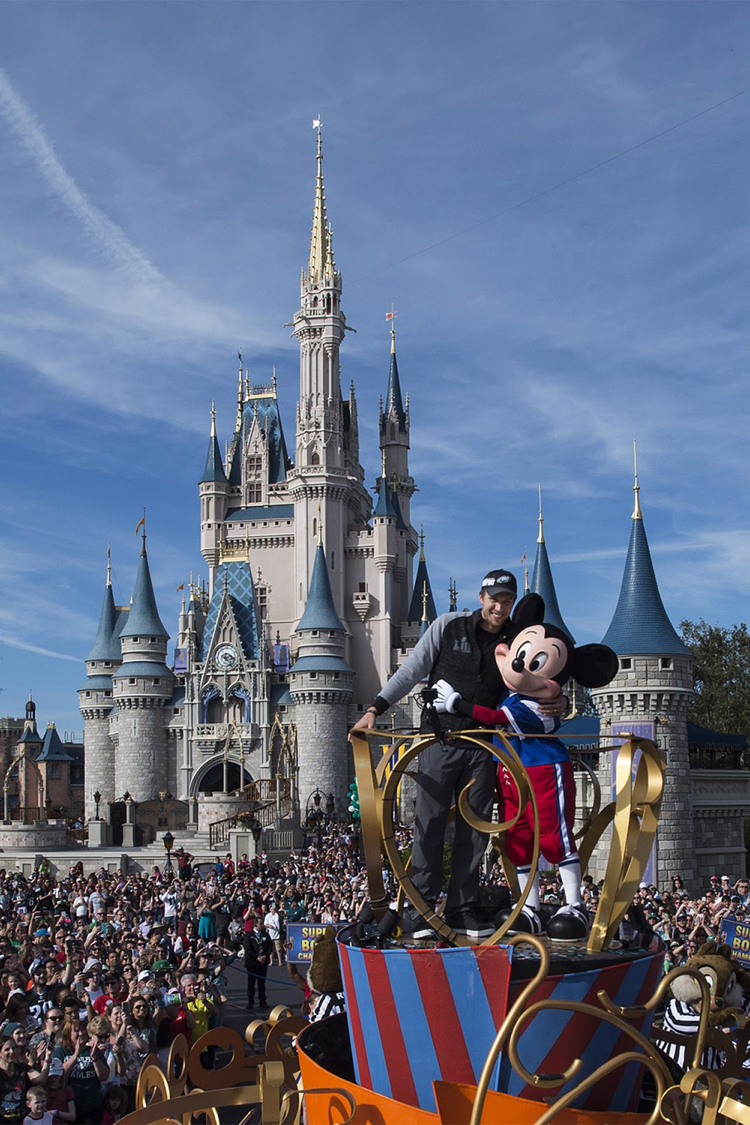 Foles also took to Twitter on Monday, to share a shot of himself carrying his daughter around the football stadium after his win in Minnesota.

This was the first Superbowl win for Foles. His team beat quarterback Tom Brady and the New England Patriot on Sunday night.

Foles is the backup to Carson Wentz, who underwent surgery on his ACL in December.