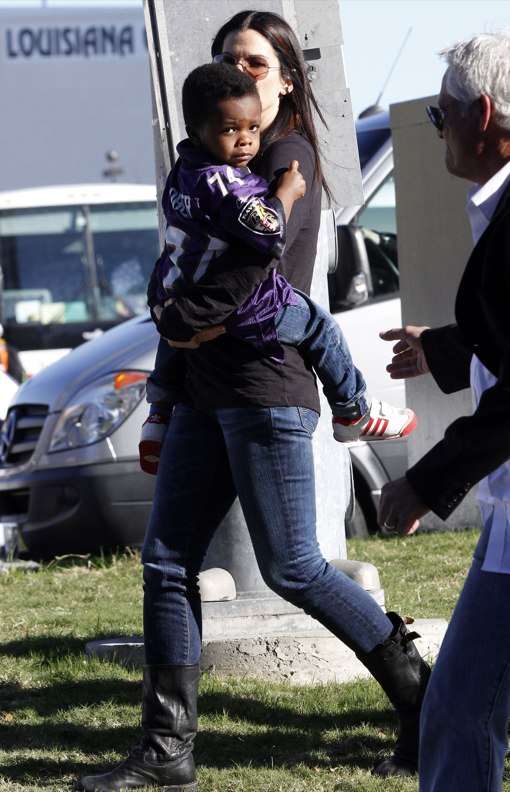 Sandra Bullock and her son Louis were pictured arriving at the Super Bowl in New Orleans, Louis on Sunday (Feb. 3).

The actress and her tot was there to cheer on Michael Oher who inspired The Blind Side in which Bullock won an Academy Award for in 2010. Louis even wore an Oher Ravens jersey.
Once insides the duo sat with Oher’s adoptive family, the Tuohys, including his mother Leigh Anne, whom Bullock portrayed in the beloved film.

According to US, Bullock remains in contact with the family. Even texting Michael “all the time about football”.

Britney Spears & Her Boys Take Their Pups To The Vet