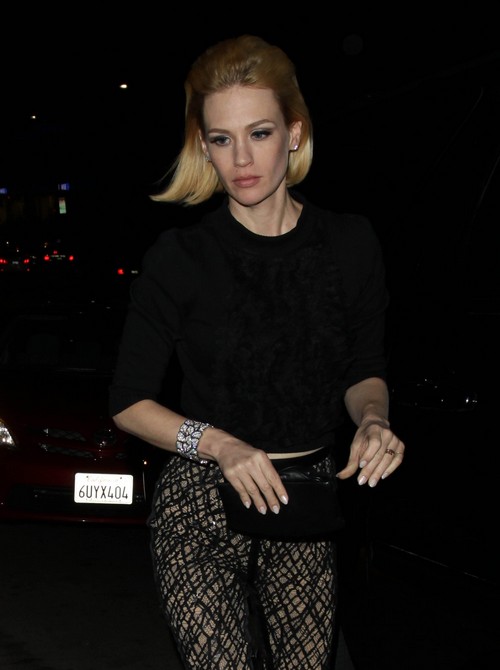 It’s kind of funny how people instantly feel bad for you if you’re a single mother. You’d think you cut your arm off in a freak accident or something, by the way some people react. Actress January Jones announced her pregnancy in early 2011 amid whispers because she never publicly commented on who the father was. Since delivering Xander 18 months ago she has dated but finds herself single again and it happens to be a position that she loves to be in.  January spoke to Glamour magazine about her situation saying,

“People keep saying, ‘Oh poor you, being a single mom.’ But I don’t want to be pitied. I can do anything I want to do. I work, I date, I have friends. I have time for everything I had time for before. I just have an added amazing thing in my life. I don’t think being a single mom is something I need to feel sorry about or need to go to group therapy over. It’s really a joy in my life and that’s it.”

January is absolutely right. If you are very independent and know how to multitask, single parenting can almost be easy. You obviously need to have a schedule, but it doesn’t have to stop you from living your life. She says that she enjoys keeping busy and so because of that she is able to juggle her son along with work pretty easily. Of course she has a support system of family and friends, but for the most part she does it on her own.

Do the single mothers that you know seem to be able to handle the balancing act that is required or are they always complaining about how hard it is to still have a life? Tell us your thoughts in the comments below!