Charlize Theron Takes Her Son Jackson To A Playdate 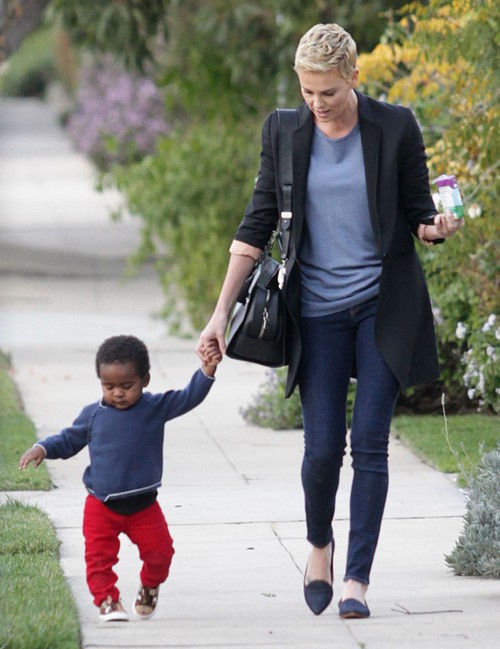 Jackson who seems to just be learning to walk wore red jeans, a blue  sweater and running shoes.  Mommy Charlize looks stylist and casual in blue jeans, blue top and a blazer.   Charlize was also carrying a cookie and a juice box so Jackson could have a little snack.

Charlize has been letting her hair grow out since shaving if for Mad Max and her blond locks are growing out fast.  If she intends to stay a blond she is going to have to hit the hair stylist again to get the roots touched up.  I like Charlize as a blond, but from the dark roots it is clear she is a natural brunette.

The short pixie cut and the platinum blog are reminiscent of Mia Farrow. What say you, do you prefer Charlize as a blond or a brunette?

Enjoy the photos below of Charlize and Jackson!

Kim Kardashian and Kanye West Are Having A Girl