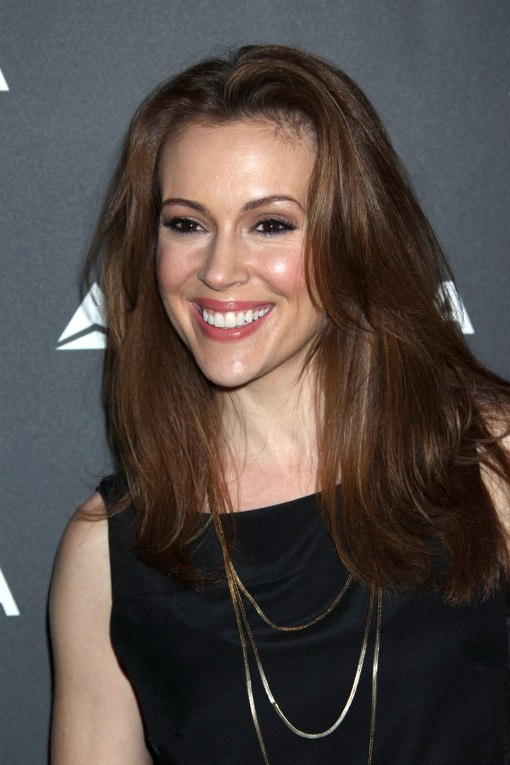 According to the proud mom, the 18-month-old reached all his milestones at an early age.

” [He] started talking at four months, he started crawling at five months, and he started walking at 12 months! He thinks he’s 12 years old!” Milano bragged to Us.

Milo has his parent to thank for his early development.

“He’s kind of got the best of both of us, I think,” she mused. “I think he’s a lot more of a showman than I was at that age. He likes to perform already. He loves animals, which he gets from me.”

Although hesitant at first, Milano insists she will be supportive if Milo decides to follow in her footsteps.

“Before I had a child I would have said, ‘Absolutely not, he’s not doing it.’ But I’ve realized since having him that the most important thing as a parent is to cultivate and nurture who they innately are and to be supportive of who they are,” she said. “So if he were to decide that he wanted to try that out, I think I would have to be supportive.”

The actress adds that she and husband David Bugliari are open to having another baby.

“We’re not actively trying, but we’re not not trying, if that makes sense!”  she laughed.