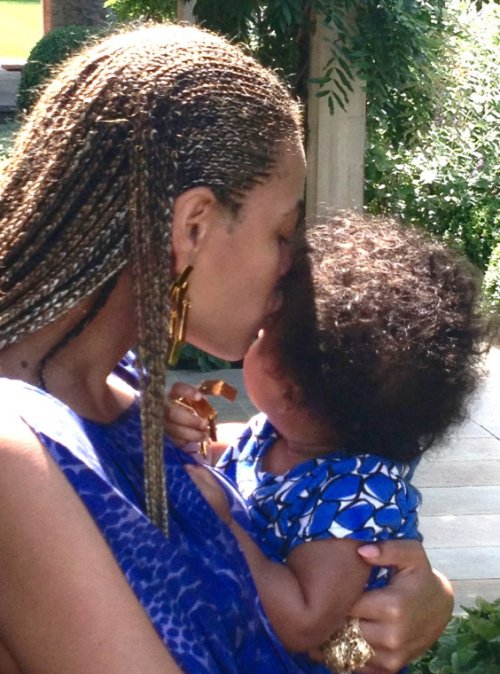 In OMG news, rapper Jay-Z has splashed out over a million bucks on a nursery for daughter Blue Ivy Carter. So is this new nursery at the home he shares with wife Beyonce? No! It’s at the Barclays Center in Brooklyn. The arena is where the Brooklyn Nets play home games and since Jay-Z is part owner of the team, it makes sense that he and Bey are there all the time. A loud hoops game is no place for their little Blue princess, so the basement luxury suite seemed like a great idea.

Beyonce and Jay-Z have both taken a spare no expense attitude when it comes to their little girl, so this comes as no surprise. Though she’s only 12 months old, seems like Blue is getting used to the luxe life. A source at Barclays told US Weekly, “Jay rents a luxurious basement suite for $1 million a year. It has an area for Blue filled with toys.”

Most of the basement suites at the center go for around $550,000, but Jay snapped up the priciest and poshest for his family to use. While Jay and Bey are performing at the Barclays Center or just checking out Jigga’s team, they can rest assured knowing Blue is nearby and being well cared for in her luxury digs below the arena.

It seems Blue is destined to have the best of everything in life from her superstar parents. Beyonce is reportedly worth a staggering $200 million and has just signed an endorsement deal with Pepsi that will bring her another $45 million. But Jay’s no slouch in the big bucks department – Blue’s daddy is worth over $475 million, so the $1 million suite is pretty much pocket change to these parents.

Jay-Z told Oprah back in May, “I imagine I’ll take things I learned from my mom and things I’ve learned from raising my nephews and apply that. Then at the end of the day, I just know I’ll probably have the worst, spoiled little kid ever.” Sounds like he’s a million steps closer to making that prediction a reality!

Jenny McCarthy Worries About Children Using Internet: How Will Her Son React to Mommy’s Playboy Photos?