Prince William and Princess Kate’s Baby To Have Normal Childhood 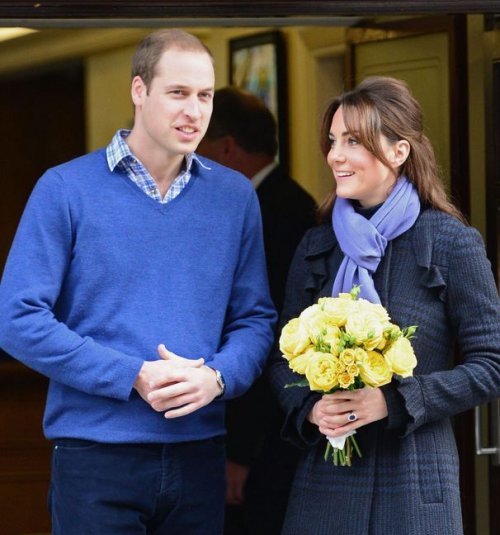 The popular King and Queen to be, Prince William and Princess Kate plan to break from long held tradition and will raise their baby in a normal, modern manner. A source close to the royal couple says, “They want to raise the baby on their own terms. William and Kate’s child will have a modern upbringing.” For years, royals have had more of a “hands off” than “hands on” approach to raising their royal offspring, but Will’s mom Princess Diana changed all that for her boys and the latest royal baby will be even further afield from tradition.

Katie Nicholl, Royal Correspondent for the UK’s Daily Mail says, “He doesn’t want to be addressed His Royal Highness, or Prince William, just William. He tries not to wear a suit when he doesn’t have to. He doesn’t want staff — these are all measures put in place and implemented by him.” Seems William is following in his late mother’s footsteps and will continue to model on her choices when he and Kate decide how to raise their royal youngling. Nichol said also, “Diana wanted to be addressed as Diana, not Princess of Wales.“

When it came to schooling, Diana broke convention and sent both William and Harry to Mrs. Mynor’s Nursery School in diverse Notting Hill – a school that had only been opened a scant 10 years when Wills began learning there, unlike his father Prince Charles who was educated at home by a governess until the age of 8.

With a modern upbringing  in mind, they plan to raise the child in Kensington Palace where William and Harry lived with their mom Princess Diana. I wonder will Kate and Will’s child attend the same little preschool that he and his brother did? As William and Kate have tried so far (with great success) to live as low key and normal a life as possible, there’s little doubt their break with tradition on child-rearing will be equally as successful.

The palace insider says, “William is painfully aware of what it’s like to grow up with the burden of being the future monarch hanging over your head. Your whole life is mapped out for you. They want their child to have as normal a childhood as they can manage.” For now, the little royal fetus is behaving quite normally, making his royal mommy toss her biscuits at every turn – that’s far more normal than regal in my book.

Kate is said to be craving strawberry scones and English breakfast tea. That’s far more normal than posh. We wish continued good health for Princess Kate and her royal bundle of joy she’s incubating. I’ve got my fingers crossed for a girl they’ll name Diana Elizabeth!