Megan Fox’s Terrible Pregnancy: I Thought I Was Carrying A Vampire Baby 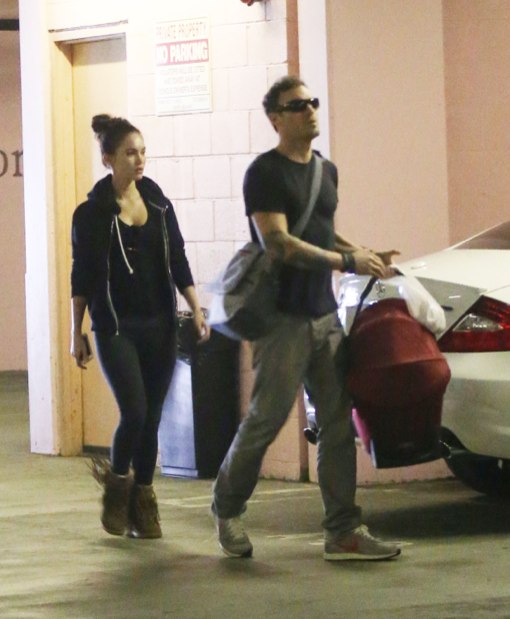 I’ve never been pregnant, and have always idealized that the forty pounds of bulging, kicking, bladder shrinking, morning-sickness causing, foot swelling fetus were manageable, and that the emotional bond between mother and fetus overcame the symptoms. I’m sure that’s partly true, just like I’m sure there are days when everything hurts, is uncomfortable, and you just want to stop being pregnant for like, fifteen minutes. The hilarious and gorgeous Megan Fox gave birth back in September, but keeps telling jewels from her pregnancy. This time, she confesses to thinking she was pregnant with a demonic vampire baby!

On The Tonight Show with Jay Leno, Megan explained her terrible morning sickness. “It was so bad for me, actually, I was convinced that I was, like, maybe birthing a vampire baby like the one from Twilight. You know what happens to Bella, where she’s in cold sweats all the time? I felt like that was happening because I had no vitamins and nutrients and I was just nauseous.” But the huge discomfort shrunk into nothingness when Megan met her baby, Noah. We previously reported that she loves him so much it hurts–how cute is that? And she’s since called it a perfect pregnancy. But we get it! There are low points and high points!

Did you have any crazy symptoms during your pregnancy? What were your low and high points? Do you know just how Twilight‘s Bella felt carrying that vampire baby?