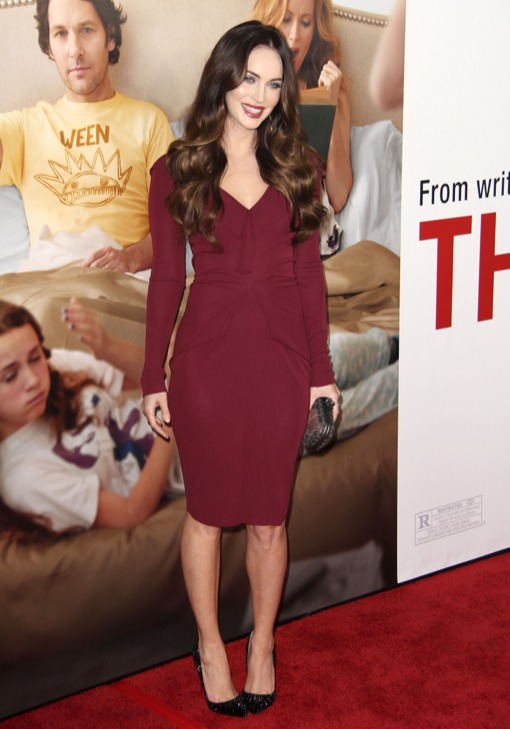 Stepping on the red carpet for the first time since giving birth, Megan Fox showed off her post-pregnancy body at the This is 40 premiere.

In This is 40, Fox stars alongside Paul Rudd, Leslie Mann and Jason Segel in the spin-off of director Judd Apatow’s 2007 box-office hit Knocked Up. The film focuses on the relationship between married couple Debbie (Leslie) and Pete (Paul) as they struggle through marriage and life as their 30s draw to a close.

Meanwhile,  the new mom is getting ready to celebrate her first Christmas with Noah.

“I like Michael Buble‘s Christmas album — I know that’s cheesy,” Fox told Us Weekly at a press junket for her new movie. “My baby likes him too so we’re into that — he’s a smooth crooner.”

Alicia Keys: Being a Mother Has Made Me a Better Person