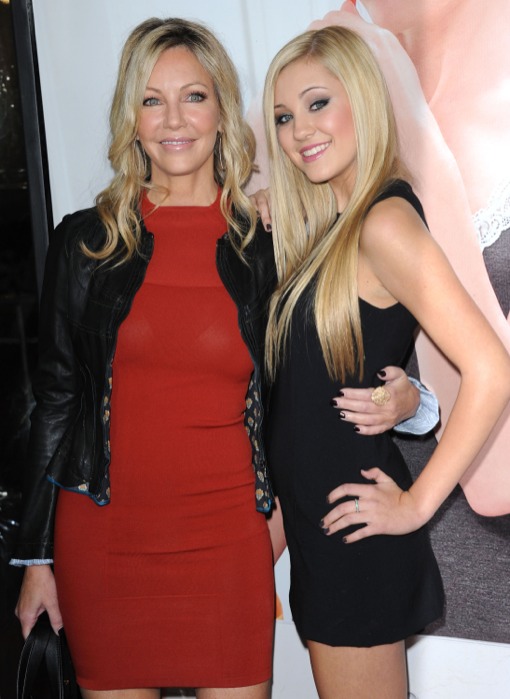 Heather Locklear and her daughter Ava walked the red carpet at the Los Angeles premiere of This is 40 on Wednesday.

Both mom and daughter looked stunning. Locklear wore a black a leather jacket over a red dress while the 15-year-old wore a little black dress.