Jennifer Lopez: I Try to Be a Good Mom 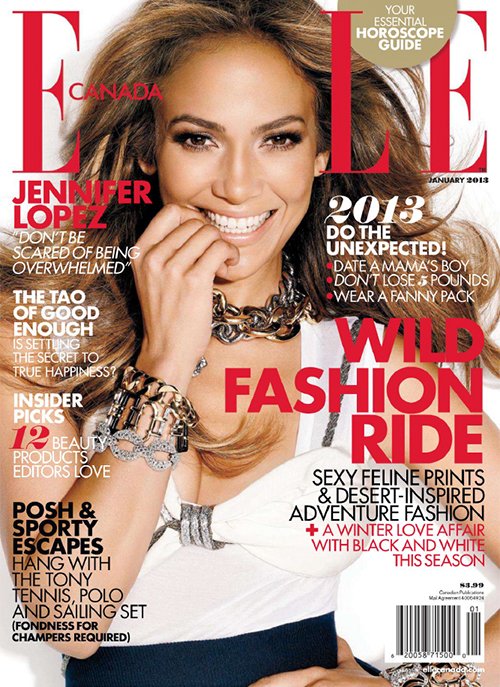 Looking stunning as usual, Jennifer Lopez covers the January 2013 issue of Elle Magazine. The 43-year-old singer opens up about being a good mom to her twin children, Max and Emme and her upcoming project.

On being a role model to her children:

“I hope I’m teaching them about life by example. Like that with hard work you can accomplish anything; you have to be charitable; that you have to treat people the way you want them to treat you. You can tell kids things until you’re blue in the face, like, ‘Don’t drink!’ But if you drink all day, they’re going to probably wind up drinking. They will pick up on that. I just try to be a good mom and set a good example.”

On showing personal pictures of her kids during her shows:“

When you’re doing your own show, you can craft things exactly the way you want them. Nobody gets to interpret it for you. It was really nice to be able to do that.I think, as an artist, I wanted to really how all the different parts and sides of who I am: who people see me as, who I really am, then me as a mom and then where I am in my life today. I feel like that journey is super-important. There’s no way I could leave them out, you know?”

On who she thinks the most powerful woman in the world is:

“I would have to say the women who raised me: my mother and my grandmother. They were very powerful, very strong Puerto Rican women. And they taught me everything I know about working hard, being proper and being a lady.”

On her TV-project about a lesbian couple called “The Fosters:”

“It’s about a couple who foster children. People are making a big deal about it because of the content. But it’s just a pilot right now. We don’t know where it’s going to go.”

To read the full interview pick up ELLE on newsstands.