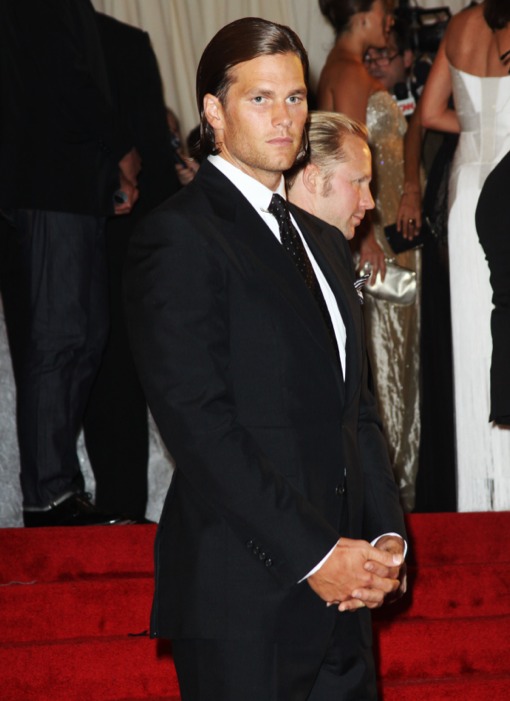 Tom Brady may be one of the hottest athletes of our time, but that doesn’t mean he isn’t a terrific father too! The NFL star’s wife Gisele Bundchen gave birth to their second child, Vivian Lake, last week. Vivian is Tom’s first daughter, and as a kid who grew up with three sisters, he understands the importance of a girl in the mix.

In an interview with ESPN, Tom gabbed about the newborn.

“I think it’s great for my boys to have a girl in the house, just to understand at least a little bit about what makes a woman tick — not that I can certainly figure that out, because I can’t. She’s a beautiful little girl.”

Tom has a 5-year-old son called John with ex Bridget Moynahan. The superstar athlete isn’t worried about the extra at-home time a new baby will require, either. He explained his priorities:

“Being at home, and giving those boys my attention, and my affection, and my discipline, and being a good parent is so important, because I grew up with two of the best parents a son could ever ask for.”

Tom has previously joked that Vivian will definitely learn to play football–we wonder if Gisele is adamant about teaching Vivian her angles and how to capture the light? We’ve only seen pictures of her tiny hand so far (thanks to Gisele’s Facebook) but we’re sure she’s just as goregous as her talented parents and big brother, three-year-old Benjamin.

Now, we haven’t heard anything about why they chose the name Vivian Lake, but I have a far-out proposition. If you’ve read The Mists of Avalon, by Marion Zimmer Bradley, you know that the head priestess is called Vivian, and she lives in Avalon, which is on a lake! Besides that, Gisele’s views on motherhood seem to be very in line with the book! Or am I just reading too much into it?

Jennifer Lopez: I Try to Be a Good Mom