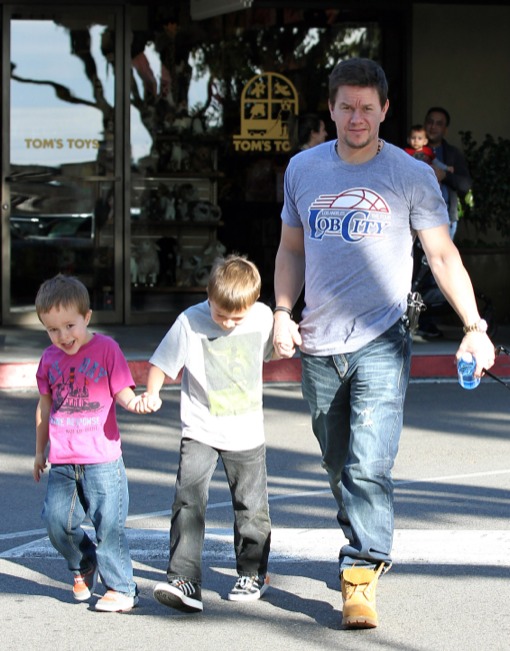 Mark Wahlberg enjoyed an afternoon out at lunch with his two boys, Michael and Brendan in Beverly Hills, Ca on Saturday (Dec. 15).

The trio who were all dressed in jeans and a shirt looked adorable as they held hands on they way to their car.

While in Toronto to promote his upcoming film, Broken City, Wahlberg confirmed to Postmedia that he and teen heartthrob Justin Bieber are tentatively set to star alongside one another in a new film.

“The script’s good and now we’re trying to figure out his whole schedule,” Wahlberg confirmed.

What do you think of a Bieber film?