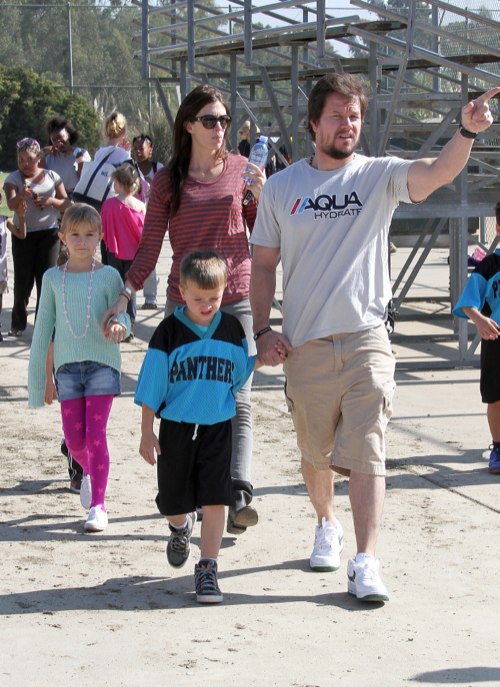 Mark Wahlberg and his wife Rhea Durham were spotted cheering on their 6-year-old son Michael at his soccer game along with their 9-year-old daughter Ella and 4-year-old son Brendan in Brentwood, California on Saturday.

The proud papa looked like he was having a fun time while he embraced his wife while watching the game and later posed for a group shot with Michael’s team.

In Feburary, the Contraband actor admitted he and Durham will not be having more children.

“It’s wild at our house with four kids,” said the dad.

“I wouldn’t change it for anything but it is crazy. I think we’ve come to the conclusion that four is the max,” he added.

Wahlberg is set to play the lead role in a remake of Point Blank, Fred Cavaye’s 2010 French action thriller.