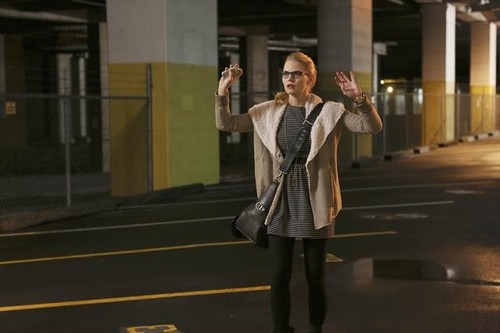 My favorite television series the do-cu-fantasy ONCE UPON A TIME airs tonight with another new episode called “Tallahassee.”

On last week’s show while Regina continued to try and stop using her magic in an attempt to win back Henry’s affections, she began seeing what she believed was a ghost from her past; and when Mary Margaret and Emma discovered a lone survivor from an ogre massacre, Emma began to question whether or not he was telling the truth. Meanwhile, in the fairytale land that was, Regina found herself failing at learning the dark arts from a dark master because something from her past was preventing her from using her magic for evil.   Did you see last week’s episode? We did and we recapped it here for you!

On tonight’s episode with the hopes of finding a magical compass that could help her and Mary Margaret get back to Storybrooke, Emma takes a journey with a not-too-trustworthy Captain Hook up a treacherous beanstalk in an attempt to steal the item from a murderous giant (Jorge Garcia, “Lost”). Meanwhile, Emma’s past is revealed to be anything but magical when she meets up with a fellow thief who wants to make an honest woman out of her.

Tonight’s episode 6 is going to be exciting, and you won’t want to miss it. So be sure to tune in for our live coverage of the season 2 episode 6 of Once Upon A Time — tonight at 7PM EST! While you wait for the episode, check out the sneak peek video below of tonight’s episode.

ONCE UPON A TIME SEASON 2 EPISODE 6 LIVE RECAP HERE!