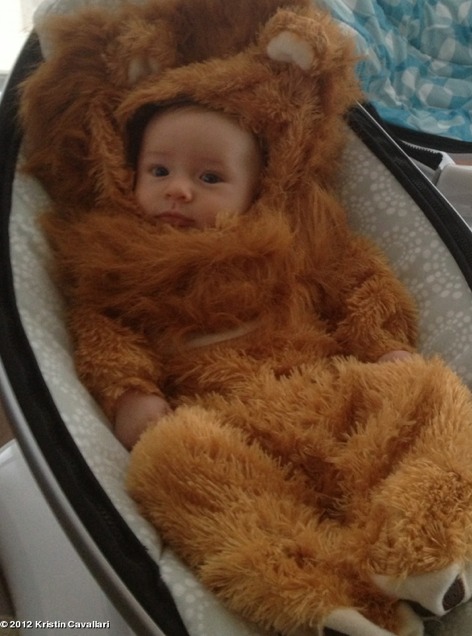 Kristin Cavallari tweeted a picture of her 2½-month-old son Camden for Halloween. In the picture, the baby celebrates his first Halloween wearing a bear costume while relaxing in a 4moms brand bouncer.

The reality star recently admitted now that she and quarterback fiancé Jay Cutler are parents she misses him more when he is gone.

“Before we had the baby, I liked that we had alone time,” Cavallari told Life & Style. “But now with the baby, I feel like Jay is gone all the time”

“I was able to bond with Camden since I was breast-feeding. It’s been harder for Jay because Camden is so small and Jay doesn’t really have as much time to get close to him,” she added.

Hopefully, when the NFL season they will have lots of time together!

Carrie Underwood: “I’m Too Young To Have Kids”