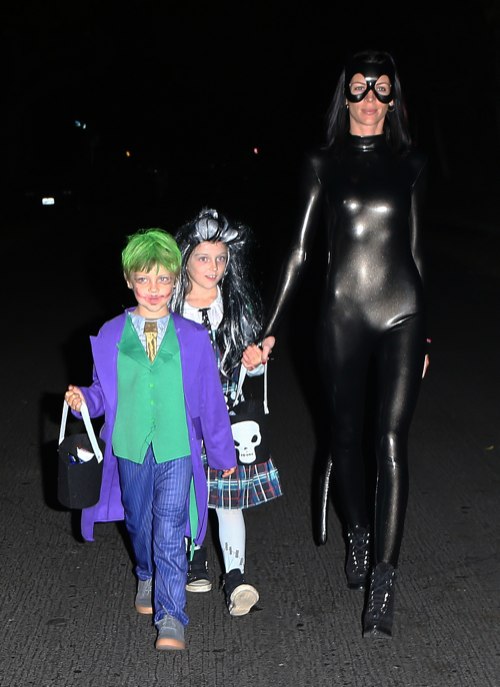 Rupert Sanders and his wife Liberty Ross celebrated Halloween in festive costumes along with their two children Skyla and Tennyson in Los Angeles on Wednesday.  The family gave out candy before heading out on the streets to get their own.

The Snow White and the Huntsman director recently found his himself at the center of a very public scandal after having an affair with the films start Kristen Stewart. After the affair hit headlines, the couple are said to have entered counselling to save their nine year marriage.

In October, Ross spoke out about the affair in Alexander Wang‘s Confessional video series.

“We’re all on journeys, we’re all given lessons,” Ross says in the video. “Sometimes when things seem really bad, you have to be able to see the good and learn from it and move forward as graciously as possible.”

“[This year marked] the end of some things and the beginning of something else. Beginnings and endings are always really exciting,” she says.