Carrie Underwood: “I’m Too Young To Have Kids” 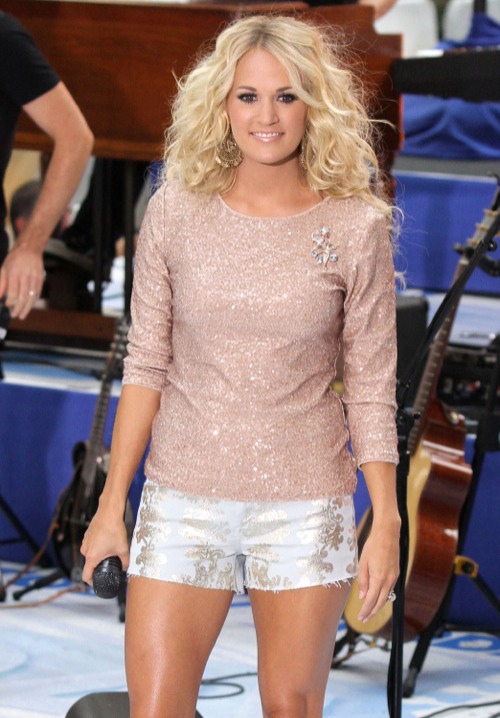 Carrie Underwood is not having kids anytime soon.

The 29-year-old singer who is been married to NHL player Mike Fisher admits she feels too young to have children.

“It’s so funny, I still think of myself I guess being much younger than I actually am,” Underwood said. “I’m, like, I’m too young to have kids when I’m 29 years old, so I’m really not. My mom had a couple in her early 20s and a lot of people do … I guess it’s a sign of my immaturity in that area. I’ve only been married two years. I really want to enjoy that and really figure that out a little better before we start throwing so much responsibility into that.”

Underwood will also be busy touring in the near future.

Earlier in the month, it was announced that she will expand her current North American Blown Away Tour into 2013. The first leg of the huge tour is currently underway, and will visit 55 venues before wrapping up just before Christmas.

On February 13, Underwood will kick off the second leg of the tour in Colorado Springs.