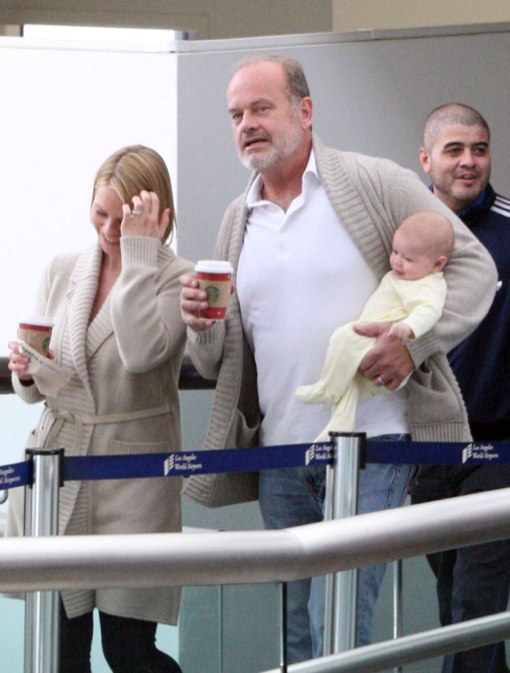 Kelsey Grammer was seen arriving on a flight at LAX airport with his wife Kayte and their 4-month-old daughter Faith in Los Angeles, Ca on Tuesday (Nov. 27).

The proud dad was all smiles as he held the baby in one hand and a Starbucks coffee in another. Before exiting the airport, Kayte took over holding Faith.

Grammer whose show Boss was canceled after two seasons, is currently at war with his ex-wife Camille Grammer over their $16 million Holmby Hills, Ca mansion. Kelsey wants to move back in, even though he just bought a gorgeous home in Beverly Hills.

“Camille offered him to buy her out of her half of the house,” a source tells The Huffington Post, adding, “that makes perfectly good sense, and he refused but still wants to move in.”