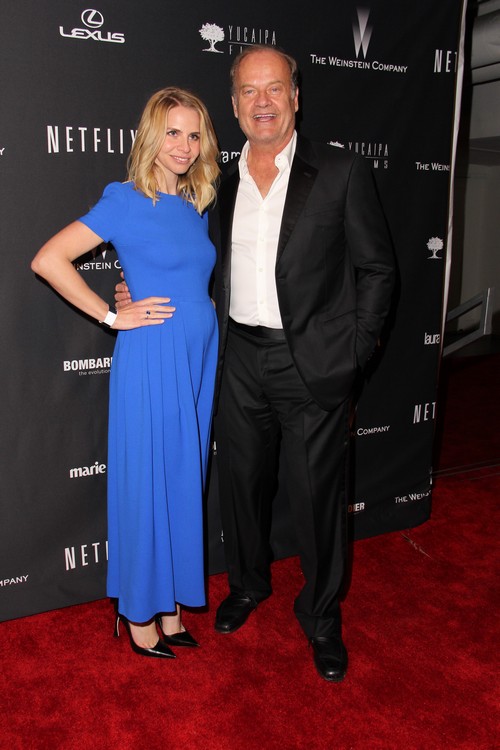 Kelsey Grammer‘s family just got a little bit bigger as the actor’s wife Kayte Walsh gave birth to their first son on Tuesday. Baby Kelsey Gabriel Elias was born in L.A. At 8:28am weighing in at 8 pounds 2 ounces. He joins his big sister Faith Evangeline Elisa who is now two. Kelsey and Kayte were married back in February of 2011 not long after his divorce from former Real Housewives of Beverly Hills star Camille Grammer became final.

According to ET Kelsey is thrilled to add a new son to the family which also includes two grown children, Spencer, 30, and Greer, 22, as well as Mason, 12, and Jude, 9, his  two kids with Camille. Apparently it’s a family tradition to call the kids in Kelsey’s family by their middle name and he says that they will continue that by calling their new son Gabriel.Kelsey is 59 years old and has been a Hollywood mainstay for decades now. His new show Partners is set to debut on FX on August 4th which means he has been pretty busy lately. Kelsey has always enjoyed a solid career but kind of suffered a bit in the romance department, however  his marriage to Kayte seems to be on pretty solid footing though, don’t you think? Kelsey is just one of many Hollywood dads that has a generation of kids spanning several decades. He has said in the past that he appreciates being a father more with age. Do you think that Kelsey is thrilled to welcome Gabriel to the family? Tell us your thoughts in the comments below!