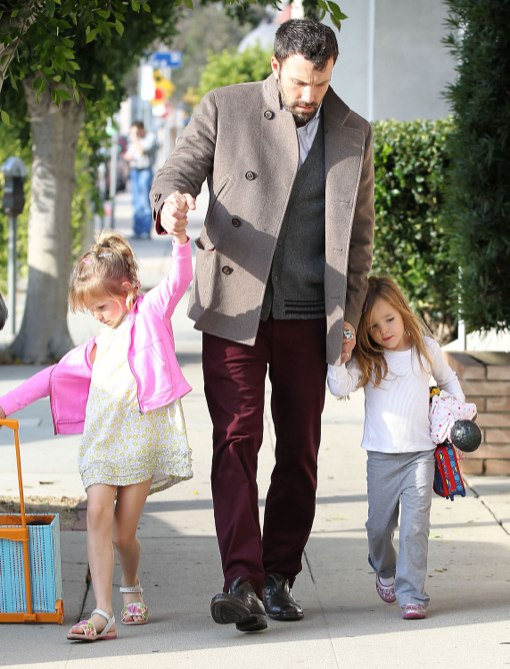 Ben Affleck and his mom took his daughters Violet and Seraphina to a dentist appointment in Los Angeles, Ca on Tuesday (Nov. 27).

He looked like a cute daddy as he held the girls hand as they made theirway to the office. Unfortunately, when Affleck returned to his car he had a parking ticket!

The actor recently revealed that he would love to direct a film with his wife Jennifer Garner in the future.

“I’d work with her in a second,” he told Entertainment Inquirer. “I’d direct Jennifer … if I found a movie with a strong female lead.”

As for acting together, he said, “Audiences are too savvy now to suspend disbelief about a married couple and think of them as other people.”