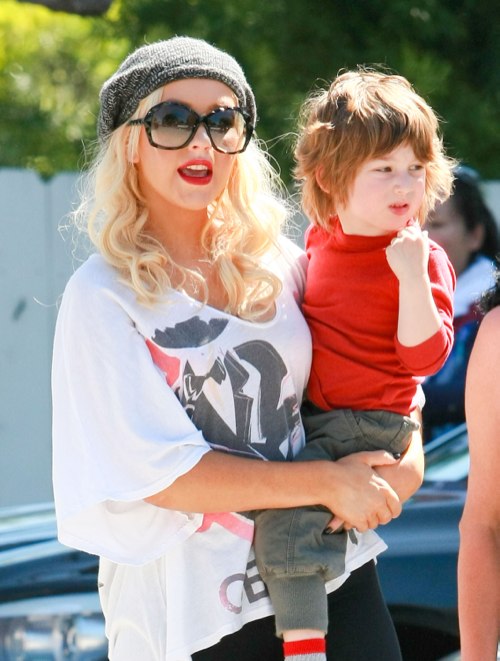 Christina Aguilera may have a few Grammy’s under belt and a successful career, but none of it compares to becoming a mother.

The singer insists becoming a mother to son Max Liron which means ‘greatest song’  in 2008 with ex-husband Jordan Bratman is her greatest achievement.

“The birth of my son is my proudest moment. Max is my greatest song,” she told OK! magazine.

The Voice mentor who is taking time off from the show next year to focus on her music career and admits she will miss her fellow coaches – Cee Lo Green, Adam Levine and Blake Shelton – and the contestants.

“The coaches are like big brothers and the contestants are so hungry. I am better for it but I need to take a break to do my own thing, to bring so much back to them,” she added.

What do you think? Is becoming a mother your proudest moment?