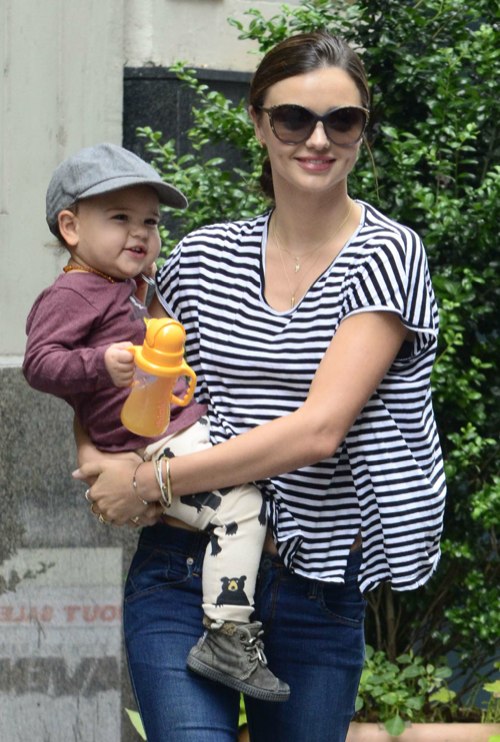 Supermodel Miranda Kerr can’t believe how big her and husband Orlando Bloom‘s 21-month-old son Flynn is becoming.  The little tot who can already count to fifteen loves to sing and dance.

“He loves to dance, loves music and he’s so smart,” the proud mom told backstage at the Victoria’s Secret fashion show.

“When he’s away from me, we FaceTime and he says ‘Mommy, dancing!’ because I’m always dancing with him,” beams Kerr. “He shakes his little booty and claps his hands with the biggest smile on his face.”

Apparently, one of Flynn’s favourite singers in none other than Justin Bieber.