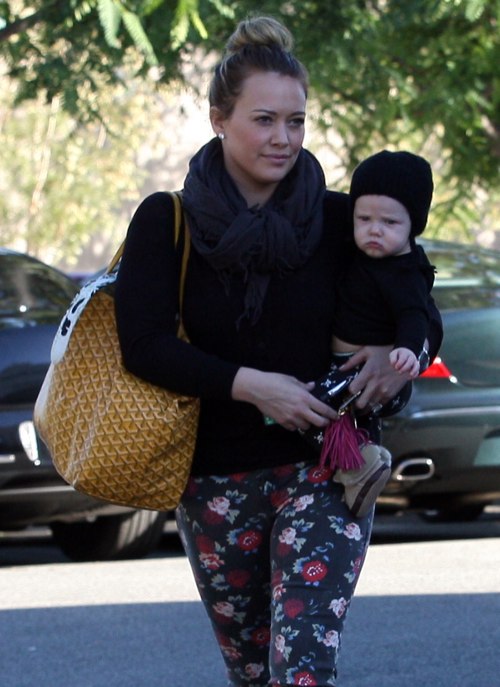 Hilary Duff took her son Luca shopping with her at Bristol Farms in Los Angeles, California on Sunday (November 11). Duff wore a black sweater and flower print jeans with red boots as she was pictured holding Luca. The 7-month-old looked to be in a bad mood as he gave a pouty look to the paparazzi.

The former Lizzie McGuire star who is no stranger to the tattoo parlor recently added another artwork to her body.  She tweeted an Instagram pic of herself getting inked and wrote, “dr_woo_ssc pretty bird.” The artist who gave Duff her new tattoo later tweeted a shot of his handiwork, a small sparrow with the words “stand by me” underneath it.