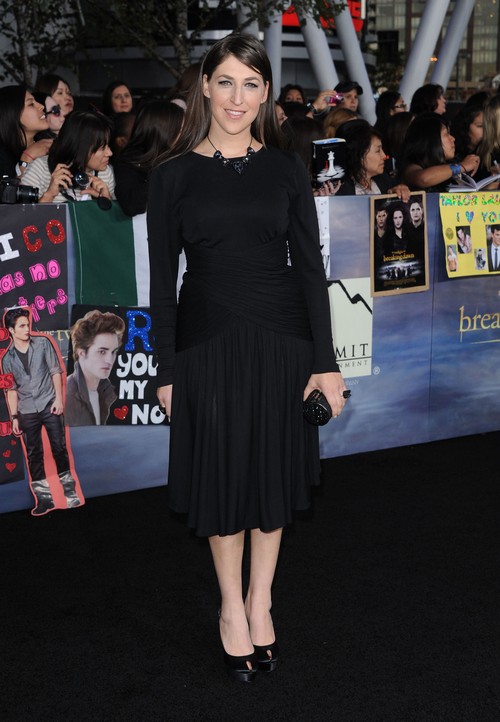 This breaks my heart! Mayim Bialik is my hero! She has turned heads by being a huge advocate for attachment parenting and co sleeping. The former star of Blossom is one of few in Hollywood who has attended post graduate school, and claims a PhD in Neuroscience. Although she’s currently starring on The Big Bang Theory as a neuroscientist almost entirely incapable of human emotion, her real life relationships are filled with normal behavior. The awesome mama posted a statement of separation and divorce on her Kveller blog, a source for Jewish parents.

After much consideration and soul-searching, Michael [Stone] and I have arrived at the decision to divorce due to “Irreconcilable Differences.”

Divorce is terribly sad, painful and incomprehensible for children. It is not something we have decided lightly.

The main priority for us now is to make the transition to two loving homes as smooth and painless as possible. Our sons deserve parents committed to their growth and health and that’s what we are focusing on. Our privacy has always been important and is even more so now, and we thank you in advance for respecting it as we negotiate this new terrain.

We will be ok.

The mom has played a huge role in what I call the “new age of motherhood,” which involves a lot more breastfeeding, at home births, and attachment parenting. She was one of the women who shrugged “eh,” when Time Magazine released it’s allegedly controversial cover of a woman breastfeeding a 4-year-old, an exhibit of attachment parenting. I think that all statements of divorce read like Mayim’s, the standard “it took a lot of thought, we are focused on our children” and then slam the door in their face. But in this case, I really hope it’s true! What do you think of Mayim’s divorce? Do you think it’s a mark of their parenting style?

Brad Pitt Doesn’t Betray His Kids By Lying About Santa