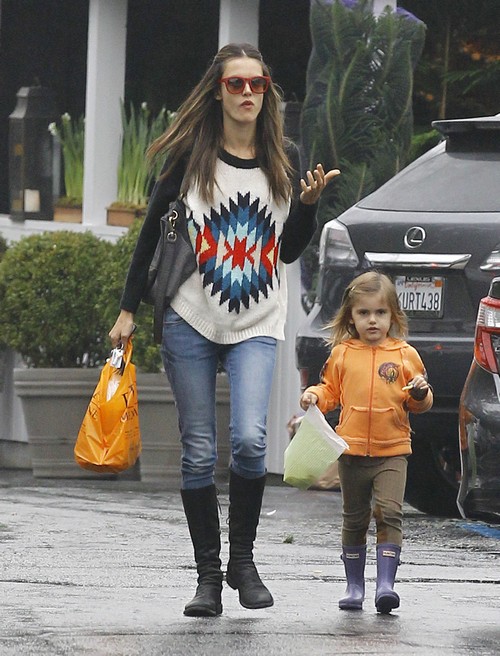 Anja may only be four-years-old but she is already following mom Alessandra’s career path.  Anja was recently seen making her modeling debut alongside Alessandra in the winter 2012 campaign of London Fog.  Anja modeled looks from the kids’ line, while Ambrósio posed in the brand’s outerwear, handbags, accessories and signature trench coats.

Alessandra was dressed casual in a sweater, jeans and the required celebrity sunglasses.  Anja wore brown riding pants, an orange hoody and Hunter boots to keep her feet dry in the wet weather.