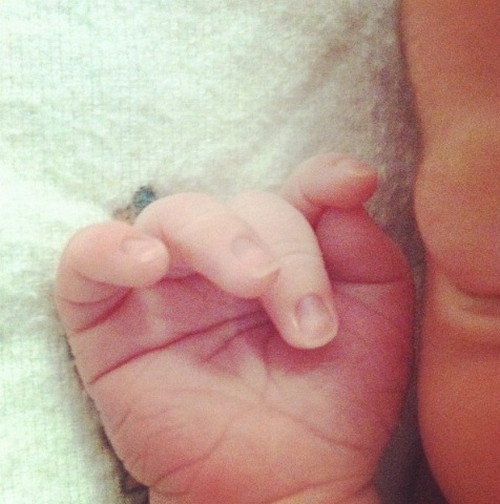 It looks like Fred Savage has a bit more to be thankful for this holiday season! His wife, Jennifer Lynn Stone recently gave birth to a son and while details aren’t being released yet, Fred was clearly over the moon when he simply Tweeted, “He’s here” along with a photo of his new sons’ tiny hand.

The pregnancy itself was never actually announced so it’s not too surprising that Fred and Jennifer are keeping the baby’s name and stats to themselves, at least for now. This is the third child for the couple who are also parents to six-year old Oliver Phillip and 4-year old Lily Aerin, who no doubt are anxious to spend time with their new brother!

The former Wonder Years star isn’t the only Savage family member to have great news this week. His younger brother Ben has confirmed that the coming of age classic that made him a bonafide star, Boy Meets World is indeed coming back to grace television screens.  Fast forward 15 years and Ben’s character, Corey Matthews will now be married to his grade school sweetheart, Topanga and the couple will be parents to a teenager that gives them a real run for it. Fred may not know about teens just yet but I’m sure after six years as a father he can give Ben some pointers on fatherhood in general!

Congrats to the Savage family on all of their latest blessings!