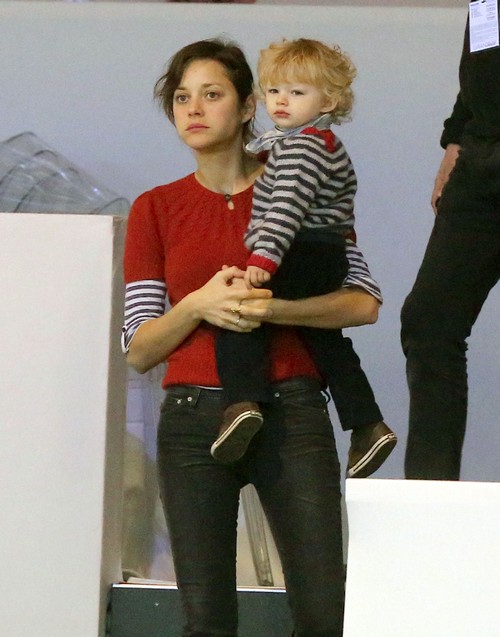 Not much is known about Marion and Guillaume’s relationship.  The two prefer to keep their personal life private and never discuss it with the media, although the two are often filmed in being affectionate.  In August 2012, a Harris Interactive poll for Gala magazine, on France’s most popular couple, saw Cotillard and Canet ranked the third most popular.

Marion the The Dark Knight Rises actress loves being a Mom and has said, “I’ve never been more exhausted. But I’ve never had more energy. This is the paradox of being happy. That’s where it comes from.”

Marion’s most current film is the French art film called Rust and Bone.  It is about, ” two broken individuals who find love at the edge of the sea.  Put in charge of his young son, Ali leaves Belgium for Antibes to live with his sister and her husband as a family. Ali’s bond with Stephanie, a killer whale trainer, grows deeper after Stephanie suffers a horrible accident.”

Marion Cotillard and Son Taking To The Skys