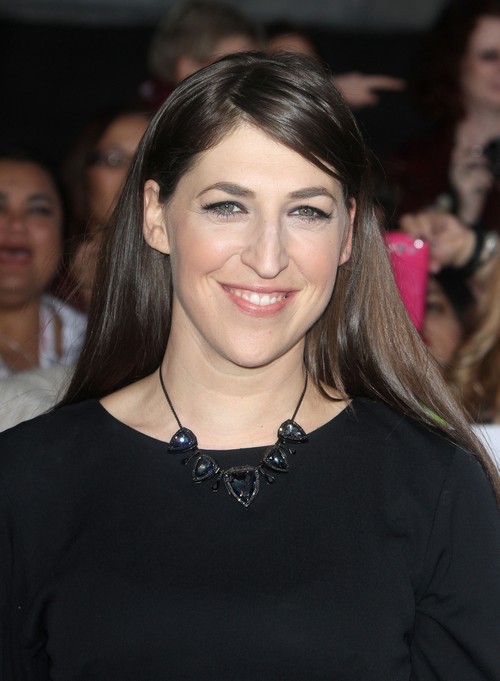 I know that many mothers who breast feed are adamant about the health benefits that they believe come with this choice. I can’t say that I exactly agree with the concept of extended feeding and choosing to wean a child later though. The Big Bang Theory’s Mayim Bialik recently decided that she wanted the world to know that she had finally decided to wean her son Fred, who happens to be four now. She blogged about the whole experience over at kveller and basically was flying in the face of everyone who told her to ween the boy sooner.

“So just to sum up: I nursed Fred four to six times a night for three years,” she writes. “I pumped at work for Fred from the time I got the job on The Big Bang Theory when he was 18 months old until he was 3. I used La Leche League’s books How Weaning Happens and Mothering Your Nursing Toddler to gently test his growth and maturity and set reasonable boundaries for him. I didn’t nurse him literally anywhere, anytime, but I made sure to meet his needs and have mine satisfied as well.”

I wonder what exactly she means by having her own needs satisfied. In the last few months it was announced that her marriage has fallen apart and divorce is imminent. I have to wonder if she clung to Fred a little too much and welcomed the continued feedings as a way for her to feel a bit better as well. In that case I don’t think she did Fred any favors. Supposedly he now knows that he’s a big boy and doesn’t ask to nurse anymore, but Mayim still misses it.

What are your thoughts on extended feedings with an older child? Many believe that if a child can ask for it, then they’re too old to be nursing, do you agree? Tell us your thoughts in the comments below!

How to Get Breastmilk For Your Baby

How to Breastfeed Twins – 5 Tips to Success