Brad Pitt Doesn’t Betray His Kids By Lying About Santa 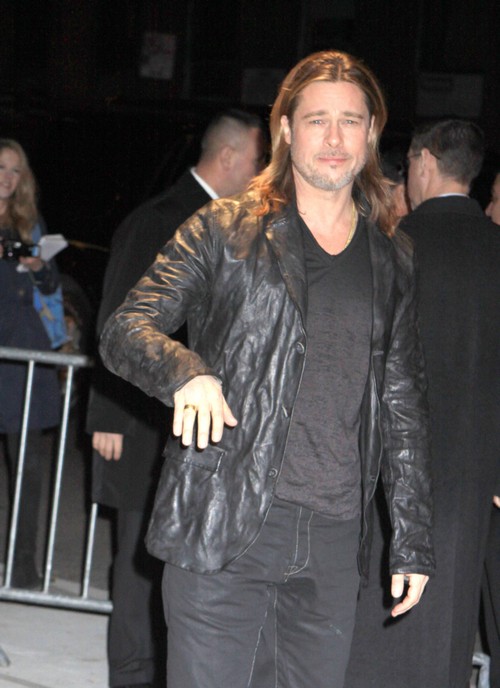 Brad Pitt has made the entertainment news quite a bit this week as he’s hit the media circuit to promote his latest flick, Killing Them Softly. He has reflected on the past year which was spent mostly as a hands-on father while his fiance, Angelina Jolie brought home the bacon and he has divulged how he believes that their low key nuptials will happen pretty soon.  He was also recently asked about how his kids feel about this time of year and if Santa Claus is alive and well in their hearts. The actor told E! News that his kids may not buy into the notion of a fat guy in a red suit cramming himself down a chimney.

I wonder if Angie encourages  Maddox, Pax, Zahara, Shiloh, Knox and Vivienne to believe in Santa and the magic that he supposedly brings. I have a hard time imagining her really investing in such a notion. Angie doesn’t strike me as someone that would be taking an Elf from her shelf and hiding it all over the house to amuse her kids.

Do you encourage your kids to believe in Santa or do you think that a lie is a lie, even if it’s for something good? Tell us your thoughts in the comments below!