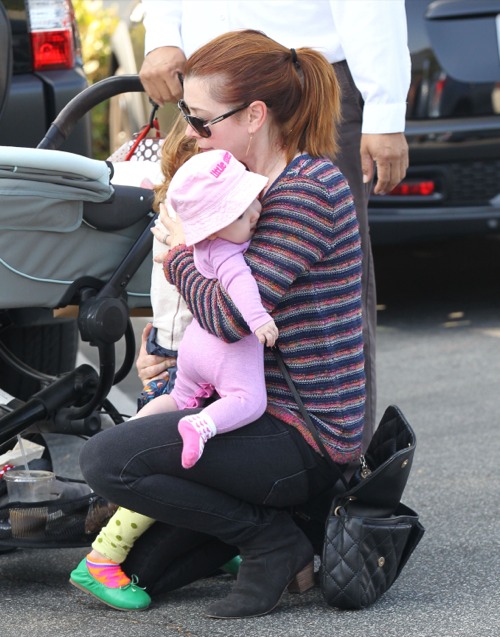 Alyson Hannigan was spotted enjoying a day out with her two daughters Satyana and Keeva in Brentwood, Ca. The How I Met Your Mother star proved that had her mother juggling skills down pact while holding both children as they left Brentwood Country Mart. They then headed for a stroll around the town.

The actress will reunite with Seth Green in an upcoming episode of How I Met Your Mother. They both played each others love interest in the 90’s hit series Buffy the Vampire Slayer.  Green will play Daryl LaCoutre, an old classmate of Lily and Marshall’s (Jason Segel). While he considered them his best friends, they barely remember him and he soon becomes obsessive in his efforts to spend time with them.He will appear in flashbacks, and they’ll encounter him in the present-day living near campus and waiting for his much-anticipated reunion.