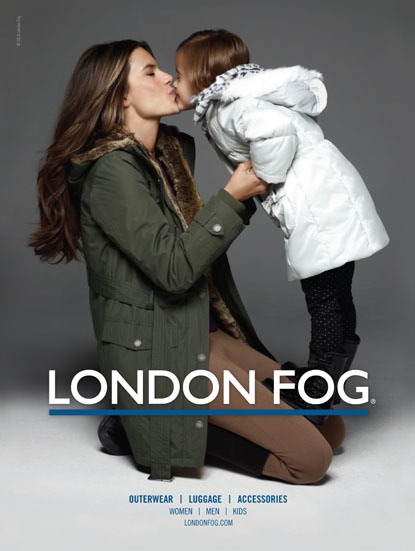 Is Alessandra Ambrosio‘s daughter going to follow in her footsteps?

The supermodel’s 4-year-old daughter Anja makes her modeling debut alongside her in the winter 2012 campaign of London Fog. Anja models looks from the kids’ line, while Ambrósio poses in the brand’s outerwear, handbags, accessories and signature trench coats.

In one photo, the mother-daughter duo even pose bare-chested together.

“Having my daughter steal the spotlight is pretty funny and I just love it! I’m so proud of her. She had a great time on set and is going to be wearing all of the London Fog kids jackets,” she tells of the experience. “These are timeless pictures that we’re going to have forever. We’re going to see them and remember that moment forever.”

Ambrosio adds that Anja is on her way to being a little fashionista.

“She definitely has her own taste. In the morning she likes to pick out her own clothes. She’ll definitely be a little fashionista. She has a very strong personality already,”

The images will appear in the December issues of fashion and lifestyle magazines, as well as online, outdoors and in stores.

Pink Is Smitten With Willow