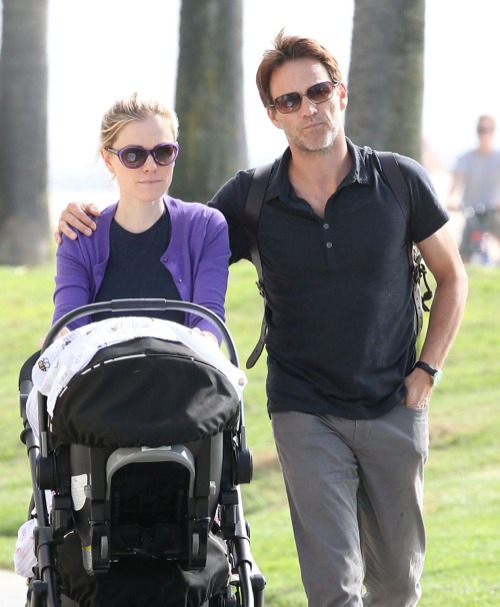 The True Blood twins have made their debut… sort of!

Anna Paquin and Stephen Moyer stepped out with their newborn twins for the first time in Venice, CA on Wednesday. The new mom looked slim in a purple sweater, black shirt and matching pants while pushing her twins babies in a double Britax stroller.  Moyer who wore black shirt and grey jeans kept his hand around his wife while they walked.

In late August, the couples spokesperson confirmed Paquin had given birth.

“We can confirm that Anna Paquin and Stephen Moyer recently welcomed their twins into the world,” the rep told. ‘The babies were born a few weeks early, but are in good health and both Mom and Dad are overjoyed.”

They have yet to announce the names of the twins.