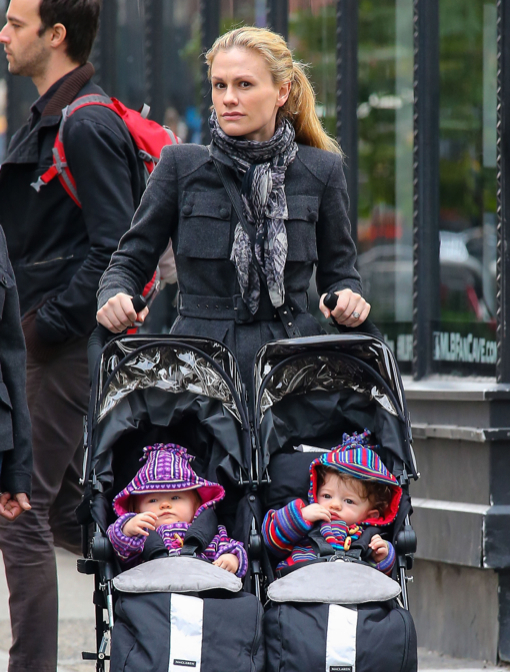 Anna Paquin took her twins Poppy and Charlie out for a stroll through the East Village in New York City on Wednesday (Oct. 30).

The True Blood actress was dressed in a grey jacket and dark skinny jeans while pushing her children in a double stroller. The twins looked adorable bundled up in similar jackets.

Welcoming the twins with her husband Stephen Moyer in September of last year, Paquin admits sleep has went out the window.

“Sleep’s not a very big part of my life right now,” she tells the June issue of Angeleno magazine. “But that’s fine. It’s kind of part of the deal.”

Kelly Clarkson: I Want To Be Pregnant By Christmas