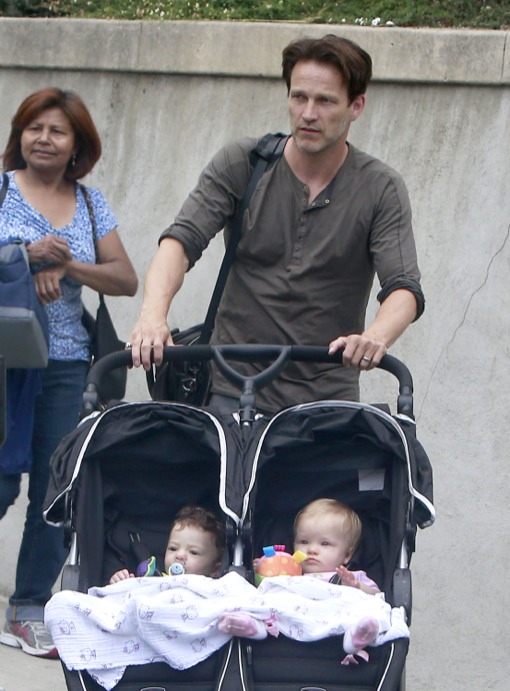 Stephen Moyer took his twins Charlie and Poppy to a meeting in Los Angeles, CA on Saturday (July 20).

The True Blood actor pushed the twins in a double Britax stroller while their nanny followed behind. The babies both had their own toy and were covered with blankets.Stephen will take the theatre stage to play Billy Flynn in the hit musical, Chicago during California’s Hollywood Bowl.

The actor is no stranger to theatre. He recently recounted his love of preforming live.

“I did something like 62 musicals by the time I was 18,” Moyer told. “I had only done musicals up to that point. Growing up, there was nowhere near me to do plays. So I set up my own theater company with friends and started directing. I ran that for quite a while.”