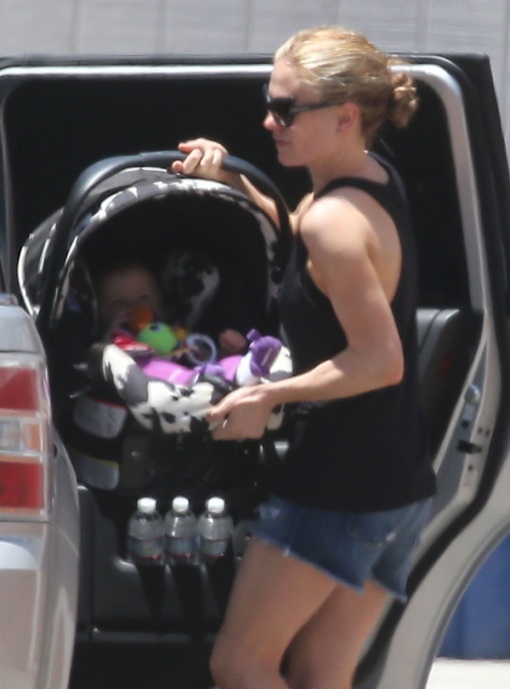 Anna Paquin was photographed out and about with her twins Charlie and Poppy in Los Angeles, CA on Wednesday (June 19).

Dressed in a black tank and cut-off shorts, the True Blood actress carefully loaded one of twins who sat in a Britax carseat into a car. At one point, it looked like she told the paparazzi to stop taking their picture.

Anna, her husband Stephen Moyer and the rest of the cast gathered on set for a live interactive event that aired on HBO prior to the episode. The cast also posed for funny photos while fans were given the opportunity to ask the cast questions via Twitter.

Rachel Zoe Is Pregnant With Her Second Child