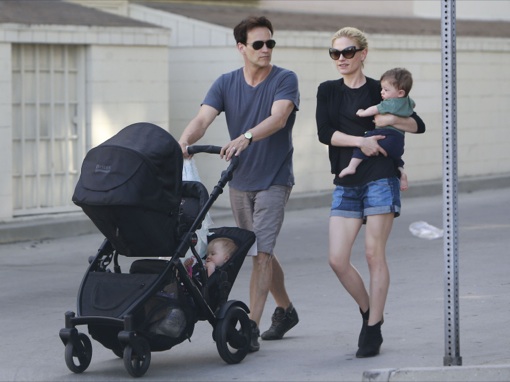 Anna Paquin and Stephen Moyer enjoyed a day with their twins Charlie and Poppy out to eat in Venice, CA on Saturday (June 22).

The True Blood Stars took a family stroll through the streets before heading to a local eatery for lunch. Anna held Charlie while Stephen pushed Poppy in a double Britax stroller.

In the series, Anna plays, Katie a new mom who is hospitalized after she develops acute postpartum depression. Her sister Susanna must step in to take care of the new child and her sister.

According to according to the Centers for Disease Control and Prevention, between 10 and 15 percent of mothers within the first year of giving birth experience postpartum depression.