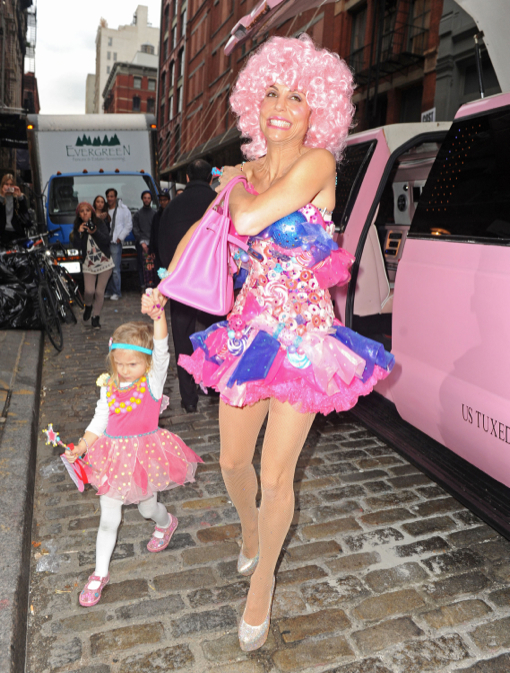 The reality star was dressed in a curly pink wig, a bright pink tutu outfit and sparkly heels while heading to a pink limo. Her daughter also wore a pink costume.

Frankel’s talk show Bethenny seems to be failing. Between the dismal ratings and being described by staffers as ‘cold’, insiders feel like the show will be cancelled in the near future.

“[Her] standoffish demeanor has offended some of her daytime show’s staffers and even the studio audience,’ Page Six claims. “She’s cold and only walks in when she has to tape and walks out.”

What do you think of Frankel’s Halloween outfit and her talk show?