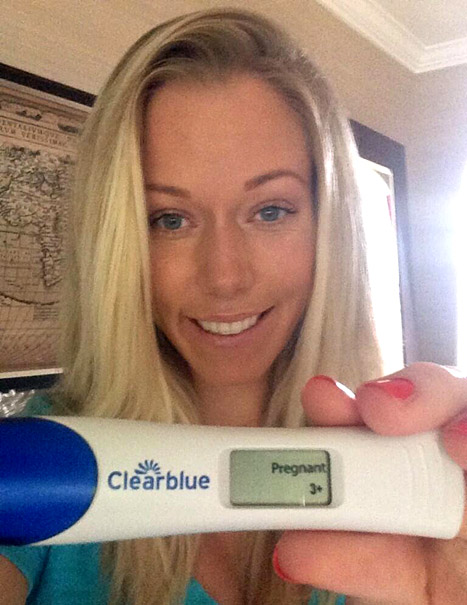 Kendra Wilkinson has confirmed that she and her husband Hank Baskett are expecting their second child together.

“Round two. Here we go!!” the former Playboy model announced via Twitter while sharing a picture of herself holding up her positive pregnancy test.

Wilkinson also confirmed the news during a TODAY show appearance with Kathie Lee Gifford and Hoda Kotb the same day.

“Kendra on Top, naughty, naughty, that’s what got me pregnant with baby number two,” she teased. “We planned this to be right after the season, so I’ll have time to puke. You know, be in a cave.”

“I’m really at a great stage. Not physically. I’m in the bathroom every 10 minutes,” she said of her morning sickness.