Cate Blanchett Jets Off With Ignatius 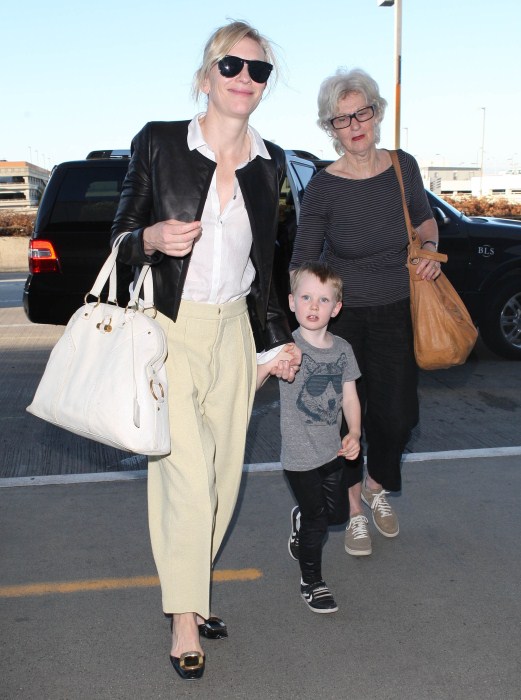 Cate Blanchett and her son Ignatius were spotted arriving at LAX airport for an outgoing flight on Tuesday.  The actress smiled at the paparazzi while wearing trousers, and a blouse under a black leather jacket with a YSL bag as she held the 4-year-olds hand. The mother-son duo were joined by Blanchett’s mother who followed behind.

The actress returned to her role as Galadriel in The Hobbit:An Unexpected Journey that is set to hit theaters later this fall.

“I’m more mature as an actress; that’s what made me want to play her again. Peter called me and thought I might not accept the role. I told him, ‘Are you kidding me? Of course I will!’ Galadriel is a special character to me, mythic and fascinating. It was as enjoyable to shoot as ‘Lord of the Rings’. When I wore the elf ears again, I had this wonderful feeling of deja vu. I couldn’t stop laughing,” she told talking about her return and why she decided to take up her character of Galadriel again.

Bill and Giuliana Rancic Are Having Baby Number Two!

Cate Blanchett: Why We Chose to Adopt