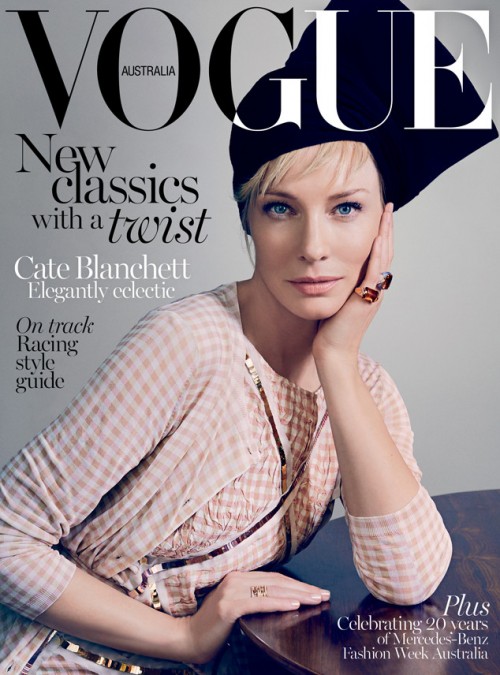 Covering the April issue of Vogue Australia, Cate Blanchett opens up about her life with husband Andrew Upton and their Dashiell, Roman, Ignatius, and newborn daughter Edith.

The Cinderella star explains motherhood has taught her how to compromise better.

“Children certainly teach one about compromise. I think before having children the idea of compromise rubbed shoulders with weakness or deception in some way,” Blanchett told, while adding, “Children are spirited, passionate, political, demanding. They are also heartbreaking. They constantly extend parents and so parents are constantly confronted with their failures, don’t you think? I’d rather presently live life this way than not”

“Female audiences are driving the change, I think. Women don’t stop consuming cultural product once they stop menstruating…. There are countless industries around the world where women in top positions are not equally remunerated for equal work,” she said.

To read the full interview pick up Vogue Australia on newsstands.