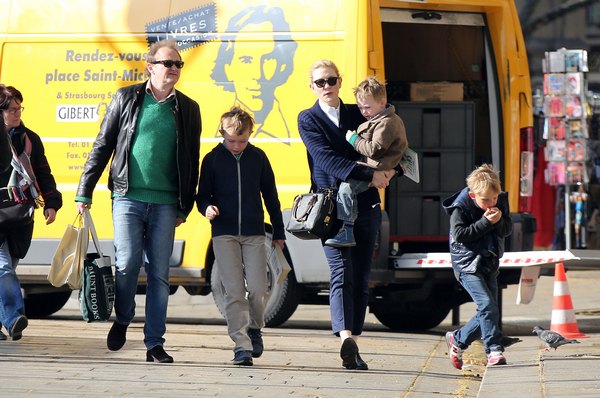 The tiny tot will join Blanchett and Upton’s children, Dashiell, 13, Roman, 10 and Ignatius, 6. The couple’s rep confirmed the news to an Australian media outlet and E! stating…

“The Upton family have adopted a baby girl. No further details will be provided.”

However, Australian Women’s Weekly claims that Cate has been seen cuddling Edith as she picked up her boys from school. A family friend also revealed they are all “deliriously happy” and call the gorgeous girl Vivian, for short. There also seems to be some reports the darling girl’s name is spelled – Vivienne.

Either way, congratulations and best wishes to the family! Cate has shared her desire to see their family grow. She told In Style last year, “I’d love to have more children!” Blanchett elaborated, “Just when, I don’t know. But the thing is, we hadn’t planned any of the others. They just popped out. So you shouldn’t overplan these things. If it happens, it would be great.”