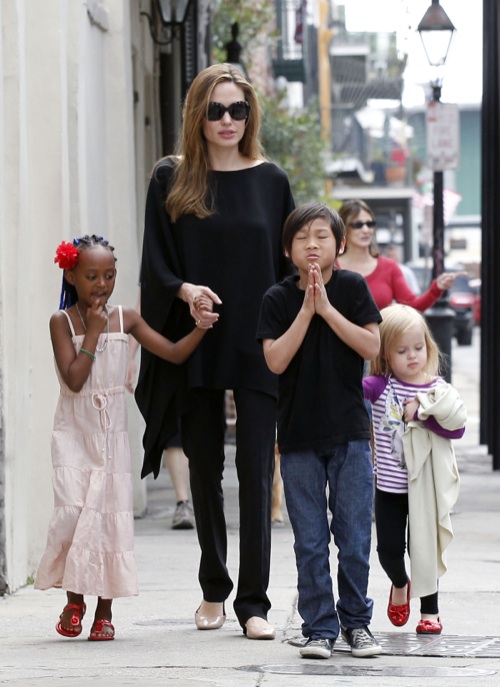 Angelina Jolie and Brad Pitt‘s are on their way to becoming stars!

Two months ago, Walt Disney Studios confirmed  that 4-year-old Vivienne Jolie-Pitt will play the child version of Elle Fanning‘s Princess Aurora in the live-action movie Maleficent and now sources reveal she’s not the only Jolie-Pitt making her big screen debut. Sources reveal that Pax and Zahara will also appear in the movie.

“It’s a really great script, and I’m having a lot of fun. I’ve already got my horns fitted,” Jolie told Entertainment Weekly.”My kids are very happy.”

What do you think of the Jolie-Pitt children making their big screen debut?