Naomi Watts Spends A Big Apple Day With Her Boys 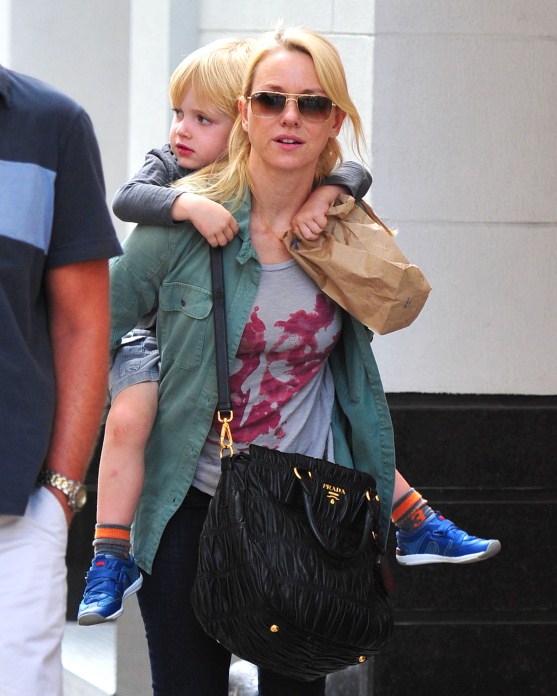 Naomi Watts took a stroll with sons Alexander and Samuel in New York City, New York on Tuesday. Watts looked casual with a stylish Prada bag as she gave four-year-old Samuel a piggy back ride through the streets. Samuel who wore grey shorts and sweater looked over to his older brother, five-year-old Alexander.  Alexander also enjoyed a piggy ride with a friend of Watts.

Watts admits she has no interest in having another baby unless she is guaranteed to have a baby girl.

“Two boys can be a lot to handle and sometimes you think it would be easier with two girls playing with their teas sets and dolls. But Liev loves having two boys,” the actress told.

“I suppose I might consider having another child — if someone could guarantee me it would be a girl,” she added.