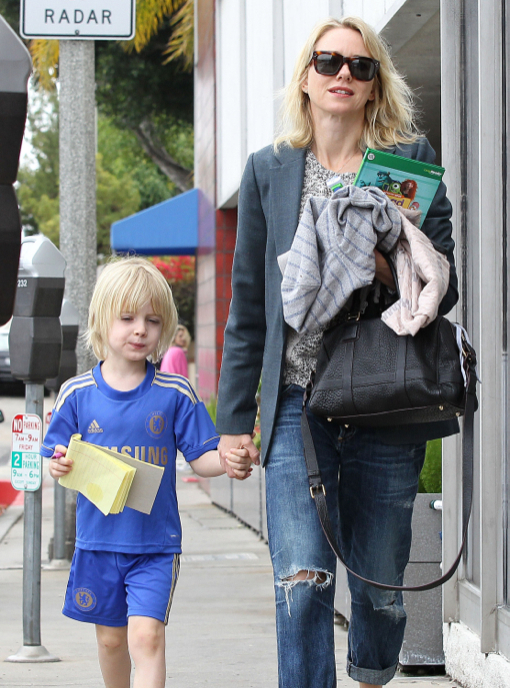 Naomi Watts and her son Samuel Kai were pictured out for lunch in Santa Monica, California on Saturday (March 1).

Dressed in a dress jacket, blouse and boyfriend jeans, the Birdman actress held the hand of the youngster. Kai wore a soccer outfit as held a notepad and pen.

“When I’ve got the thumbs up from everyone in the house and that’s a tough group,” she told E! News. “My sons are very honest. My youngest one in particular has been known to say, ‘eeew Mummy, I don’t like that dress.”

The actress is scheduled to present at this year’s Oscar Academy Awards.

Olivia Wilde Bumps Through the Rain After a Day of Pampering