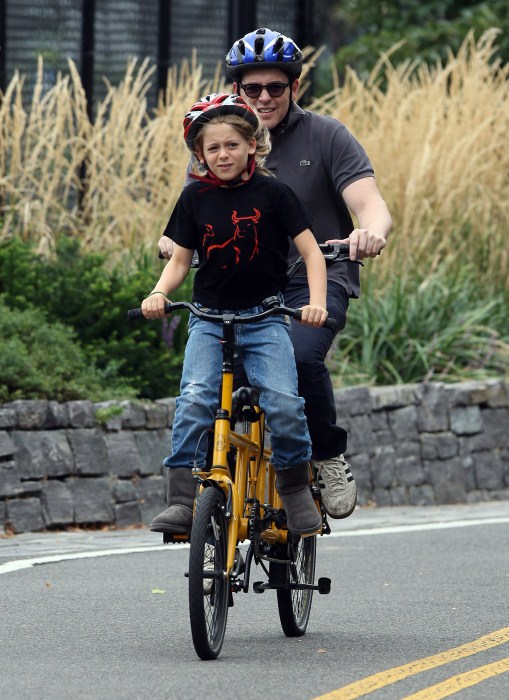 Mathew Broderick took a tandem bike ride with his son James Broderick around the West Village area of New York City on Monday. The father-son duo rode a yellow bike while ensuring their safety with helmets. The nine-year-old wore a black shirt with jeans and a pair of UGG boots looked to be enjoying himself as stood up to push the pedals faster.

The Tony Award winning actor lent his voice to the Cartoon Network’s show Adventure Timeon Monday. He will play the Dream Warrior, a role that the network describes as a used car salesman summoned by series protagonists Finn and Jake.

“I heard about Adventure Time because my son, James, loves it,” Broderick said in the press release on his guest spot. “I like that it doesn’t talk down to anybody.”

Gwen Stefani: Motherhood Can Be “Overwhelming”